You will probably have seen the recent news about the Walkie-Talkie building in London and its scorching effect on a nearby street. However, you may not know that this isn’t the first time this mistake has been made. Here’s a story of failed architecture from death-rays to dropping a fire station via rollercoaster bridges:

The Canadian Architect Thomas Fuller claimed “Light, God’s eldest daughter, is a principal beauty in a building.” In the following three cases, however, light has preferred the part of the beast rather than beauty. 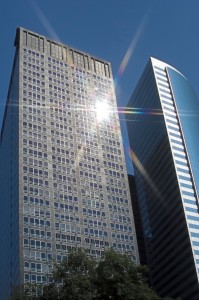 Things are hotting up

For those of you who’ve missed the ‘Walkie-Scorchie’ story that has come to light in the past week and been a source of endless bad puns for bloggers and journalists alike, I’ll give you a quick summary:

The 37-storey building at 20 Fenchurch Street or the ‘Walkie-Talkie’ gains both its nickname and its rather peculiar power from its distinctive rectangular and concave-sided shape – the curved side of the building is a wall of gleaming windows that are designed to allow the best use of light for the occupants of the building. The problem is that they also reflect the light, focusing it on a small point in a nearby shopping street which raises the temperature to a whopping 70 degrees C. The ‘death-ray’ is something of which a Bond villain in training might be proud and has so far buckled and melted part of a car, set fire to a shop carpet and blistered paintwork as it continues on its path of small-scale destruction.

You might feel it unfair to expect the architects or construction company to have foreseen such a strange effect, and yet this is not the first time this has happened nor even the first time they have been involved!

The Walt Disney Concert Hall opened in Los Angeles in 2003 and its shiny curves made local residents hot under the collar, literally. The concentrated rays of sunlight it beamed at nearby houses raised internal temperatures and sent their Air Conditioning bills through the roof! It also tended to temporarily blind taxi drivers and other motorists on nearby streets, leading the construction company to make emergency changes to reduce the glare.

The Vdara Hotel and Spa in Las Vegas opened in 2009 and is similar in shape to the Walkie-Talkie. It too had its own death-ray, aimed at the hotel’s swimming pool, leading at least one guest to take legal action against the hotel for ‘singed hair’ and other distressing injuries. The architect of this resort? Rafael Viñoly. Who went on to design? The Walkie-Talkie at 20 Fenchurch Street. Are we simply dealing with a forgetful architect here, or a nefarious super-villain determined to set fire to small objects across the globe?

From wobbly planning to wobbly bridges

“I’ve noticed the computer sometimes leads to rather bland decision making; now, anybody can do a wobbly, blobby building.”
Peter Cook 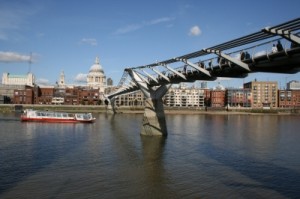 Not even a wibble

Mention ‘wobbly bridge’ to Londoners and they’ll smile with a faraway look in their eyes. The object of their reminiscence? The Millennium Bridge. This £18.2 million construction was a hit when it opened on 10th June 2000, that is, until it closed two days later. It seems the bridge was not able to cope with the stresses of people walking across it, which for a pedestrian bridge is rather a flaw! The difficulty arose when thousands of people tried to cross the bridge, their steps causing it to sway alarmingly, an effect compounded by the unconscious reaction then being to step in time with the swaying of the bridge. It is a well documented phenomenon and is the reason why soldiers are ordered to break step when crossing bridges. However, the architects did not anticipate that tourists and Londoners would create the same effect. It took the engineers an additional 22 months and £5 million to correct the problem, and to finally reopen the wobble-free bridge in February 2002, though the nickname has stuck. 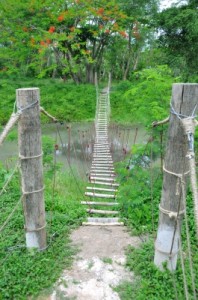 Steadier than the original Tacoma Bridge?

At least these engineers were given enough time to correct the wobble, unlike the builders of the original Tacoma Narrows Bridge in Washington, USA. Opened in 1940, it was an impressive feat of engineering and was the third longest suspension bridge in the world at the time. It was built to new specifications designed to make it stronger than other suspension bridges, a strength that ultimately led to its downfall. Instead of a lattice structure, the Tacoma Bridge was made using solid plate girders to give the road-bed extra strength. These solid metal plates unfortunately provided an additional, unforeseen function: serving as giant sails to catch the 40 mph gusts that ran down the valley. The resulting sway wobbled the bridge from side to side, creating an alarming twisting motion that left crossing it a rather nerve-wracking experience. The extreme forces exerted on the bridge by this rollercoaster motion led to its collapse just four months later. No human lives were lost in the accident, the only fatality being Tubby, a cocker spaniel, who refused to leave his owner’s car as it was abandoned. A local camera-shop owner recorded an impressive video of the extreme movement and subsequent collapse that is now shown to engineering students as a cautionary tale of natural phenomena affecting resonance and frequency. Watch the bridge’s final moments here.

The little fire house that couldn’t

“We build buildings which are terribly restless. And buildings don’t go anywhere. They shouldn’t be restless.”
Minoru Yamasaki 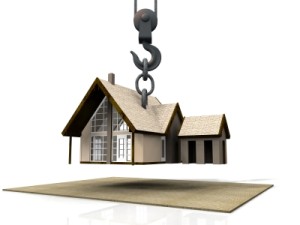 What could possibly go wrong?

This quote has never seemed more appropriate than in connection with the story of the unfortunate Peekskill Fire House in New York. Built in 1890, the red-brick building was a piece of history the community was not prepared to lose and so, in 2008, it was being prepared for transportation to a safe location when it was threatened by proposed improvements to the Route 9 bridge that overshadowed it. Whilst the building was being loaded onto the back of a truck, one of the hydraulic components malfunctioned and the entire structure collapsed leaving a pile of bricks and rubble in the middle of the road. Though none of the structure remained, all was not lost, as decorations and bricks were salvaged to be re-used in a fire-fighters memorial to be constructed nearby. See how it happened

With architectural designs and technology advancing at great speed there is always the opportunity for little mistakes to create big problems. It is safe to assume that the Walkie-Talkie death-ray, though the latest, is not to be the last unintended effect that our modern marvels of construction shall create. So watch this space!